to speak to a lawyer 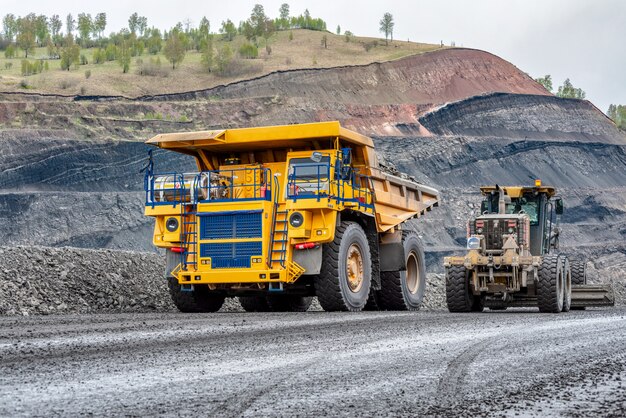 Over the years in our jurisdiction, natural resources have been bestowed on the President of the State as a Trustee on behalf of the citizens. This reflects the intention to safeguard the national cake on behalf of all Tanzanians. In turn, there has been the enactment of a number of laws to regulate the operations surrounding mining activities in Tanzania.

Mining is governed by a number of natural resources laws and we shall take you through the nature of licenses and the licensing requirements in Tanzania’s mineral sector and the requirements for minerals trading in Tanzania.

The law establishes the Minerals Commission which has been put in charge of regulating all matters relating to mineral licensing.

The following mining rights/licenses are available for persons who are prospecting to invest in the mining business:

A prospecting mining license is one that allows one to enter a prospecting mining area favouring the minerals to which the license applies and carry out operations and such work as necessary for that purpose, including the removal and excavation of soil and earth. It may be applied for and issued for minerals falling under groups as specified under the Mining Act (metallic minerals, energy minerals, gemstones excluding kimberlitic diamond, kimberlitic diamond, industrial minerals or building materials) and the license will state the group and type of mineral to which it applies.

A prospecting license is granted for an initial period of four years and may be extended for a further three years, after which no further extension is possible. At the end of the two aforementioned periods, the area covered by the license reverts to the government and a prospecting license is issued to a local mining company, which shall be designated by the Minister subject to approval by the Cabinet. Any person intending to conduct exploration work in such an area must do so through arrangements made with a local mining company, subject to prior approval from the Cabinet.

The following conditions apply to a prospecting mining license:

A special mining license will be granted for large-scale mining operations in which capital investment exceeds USD 100 million. The license grants an exclusive right to the holder to conduct operations in the mining area for the minerals specified in the license. It is granted for the estimated life of the holder indicated in the feasibility study or any other such period as the licensee request, whichever is shorter. A special mining license is renewable, and an application for renewal may be submitted at any time, but no later than one year before expiry of the license.

The conditions that may apply to a special mining license include the following:

The government is entitled to have not less than 16 per cent non-dilutable free carried interest shares in the capital of a mining company; this requirement is dependent on the type of minerals and the level of investment. Though the wording of the relevant provision is to the effect that the level of investment and the type of minerals will determine the percentage of free carried interest, the provision does not detail how the type of minerals and the investment level will affect determination of the percentage. It would suggest, therefore, that projects for certain minerals may attract a higher percentage of free carried interest. In addition, the government is entitled to acquire up to 50 per cent of the shares of a mining company, calculated on the basis of the total value of tax expenditure extended to the mining company.

The Mining Public Offering Regulations mandate that 30 per cent of a shareholding by holders of special mining license be locally owned and that a minimum local shareholding should be obtained through a public offer made under the Capital Markets Securities Authority. The term local shareholding with respect to a natural person is defined as a citizen of Tanzania, and in relation to a body corporate it is defined as shares held by a company in which citizens of Tanzania or the government own a beneficial interest of at least 50 per cent of the shares of the company. The regulations empower the Minister to grant a waiver if the holder of a license fails to secure the minimum local shareholding following an unsuccessful public offer. The waiver is granted on application by the license holder and upon recommendation by the Capital Markets and Securities Authority.

A mining license confers on the holder the exclusive right to carry on mining operations in the mining area for minerals specified in the license, and is granted for operations for which the capital investment is between USD 100,000 and USD 100 million. It is granted for a maximum initial period of 10 years and may be renewed once for a period not exceeding 10 years. An application for renewal should be made not later than six months prior to expiry of the license and must be accompanied by the prescribed fee and tax clearance certificate issued by the tax authority in respect of operations to be conducted during the renewal period.

The conditions that may apply to the holder of a mining license include the following:

A primary mining license confers on the holder the exclusive right to carry on prospecting and mining operations in the mining area. It is granted for an initial period of up to seven years and is renewable. The law does not specify either the number of years for which the license may be renewed or the number of times that it may be renewed. In practice, however, a primary mining license is normally renewed for the same period as the initial period for which it was granted. This type of license is granted only to citizens of Tanzania or to companies that are exclusively composed of Tanzanians, whose directors are Tanzanians and in which control of the company is exercised from within Tanzania by persons who are all citizens of Tanzania. A primary mining license may be converted into a mining license.

The conditions that may apply to the holder of a primary mining license include:

Mineral rights are transferable; however, special and mining licenses may only be assigned if the consent of the Commission is obtained unless the assignment is to an affiliate or a financial institution. Consent of the Commission can only be given where there is proof that substantial developments have been effected by the holder seeking to transfer his or her mineral right.

Once granted, a mineral right cannot be suspended or cancelled except for just cause and after following due process.

Causes that may justify the cancellation or suspension of a license include:

Foreign parties may be granted any type of mineral right, subject to compliance with general licensing requirements, with the exception of primary mining licenses, gemstone mining licenses and broker’s licenses. As stated above, a primary mining license cannot be granted to foreigners; however, if a holder of a primary mining license requires technical support to conduct operations and the technical support cannot be sourced from Tanzania, the holder is allowed to contract a foreigner to provide that support. Such an agreement requires approval in advance by the Commission, given on the recommendation of a resident mines officer. Likewise, the Commission may grant the license in an arrangement in which a foreigner owns not more than 50 per cent of participating shares. For the Commission to proceed in this manner, it must be demonstrated that the development of gemstone resources in the respective area is likely to require specialized skills, technology or a high level of investment.

Under the provisions of the Mining Act, a mineral right-holder undertaking mining activities is required to construct secure storage facilities on site for storing extracted raw minerals. Stored minerals can be kept in a storage facility for a maximum of five days, after which they must be moved to the Government Minerals Warehouse to wait for beneficiation (a process by which valuable constituents of an ore are concentrated by means of a physical separation process) or, if the government so permits, export. Beneficiation and processing of minerals is governed by the Mining (Mineral Beneficiation) Regulations, which provide for application and granting of a processing, smelting or refining license.

The license holder has the right to process, smelt or refine minerals and for that purpose is allowed to buy, acquire, sell and dispose of minerals, including by exporting them. The license holder is mandatorily required to employ and train Tanzanians and implement a succession plan on expatriate employees. Further, the holder must prepare and implement a plan that ensures procurement of goods and services that are available in Tanzania.

SALE, IMPORTATION AND EXPORTATION OF EXTRACTED AND PROCESSED MINERALS

Among the rights granted to holders of mineral rights for conducting mining activities is the right to dispose of minerals including the right to export minerals. However, the disposal of minerals comes with conditions. As stated above, mineral right-holders can only keep minerals for five days, after which they have to be moved to a government warehouse. Under the provisions of the Mining (Minerals and Mineral Concentrate Trading) Regulations of 2018, holders of mining and special mining licenses, holders of processing, refining and smelting licenses and holders of dealer’s licenses may export or import minerals subject to obtaining an export or import permit under the law. Import and export permits are issued upon receipt of evidence that the applicable royalties have been paid. In addition, non-residents who have purchased minerals from an authorised miner or a licensed dealer may upon application be issued with special permits for exporting acquired minerals, should they wish to. However, special permits cannot be issued to the same person more than twice in any one year.

SPEAK WITH OUR EXPERTS TODAY!